Pinewood is an upscale community located in the heart of Wellington off of Forest Hill Blvd. Pinewood of Wellington offers 120 homes that feature popular amenities and upgrades which are developed by several builders. Homes in Pinewood offer a custom experience that were constructed between the early 1980s till 2000. Pinewood is conveniently located close to everything Wellington has to offer including A-rated schools, top-notch shopping options, high-end dining options and entertainment

Search all homes for sale, just like an agent.  Our free, one step registration allows you to bookmark your favorite houses, save search and receive emails as soon as new homes in Pinewood come on the market.

Pinewood features several sub-divisions including Pinewood Grove, Pinewood East, and Pinewood Manor and are separated by Forest Hill Boulevard. Pinewood offers 120 lovely family homes that were built by several builders on larger lots throughout the three sub-divisions. There are mature trees throuh out the communities.

Pinewood of Wellington Amenities And Lifestyle

Pinewood of Wellington has a great location near high-end shopping venues including the Wellington Green Mall that offer up to 100 specialty stores as well as retail stores, and grocery stores such as Fresh Market, Trader Joes, Publix, Whole Foods.

Pinewood of Wellington is close to Wellington Equestrian facilities that offer events such as Equestrian Festival, horse shows, Polo Matches and lots more to invite thousands of visitors.

Pinewood is also couple of moment away from a variety of fine dining venues featuring breakfast, lunch, and dinner.

Residents at Pinewood of Wellington can as well visit the Kravis Center for Performing Arts that offer a wide range of events and shows for residents as well as tourists. In addition, Pinewood is also close to a variety of museums and historical sites.

Pinewood is close to everything Wellington has to offer among which are; the Aquatic Complex that feature CPR, lifeguard courses, shower rooms, restrooms , lockers, classrooms for first aid, and concession stands and the Wellington Aquatics and Community Complex that features slides, swings, a playground, water fountains reading corner, and lots more. 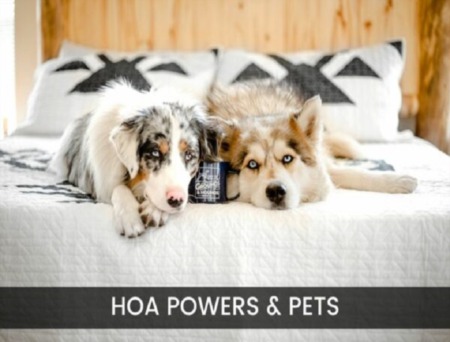 Moving with Pets
Can My HOA Make Me Get Rid of My Dog?
BY Lisa Treu
View All Blog Posts